“A”: Letter worn on the uniform of the assistant team captain.

ADM: The American Development Model is the primary model for youth hockey in the US. The ADM is designed to successfully develop hockey players by implementing long-term athlete development principles.

Assist: An assist is credited to a player who helps set up a goal. Assists are awarded to the last two offensive players to handle the puck prior to a goal, including those who shoot the puck on net.
Breakaway: A clear scoring opportunity where no defensive player is between the puck carrier and the goaltender.

“C”: Letter worn on the uniform of the team captain.

Crease: Blue semi-circle in front of the goal. Goaltenders receive special privileges and protection while in this area.

Deke: A fake by a player in possession of the puck in order to get around an opponent or to make a goalie move out of position.

Diving: When a player exaggerates being hooked or tripped in an attempt to draw a penalty.

Empty Netter: A goal scored against an opponent that has pulled the goalie for an extra attacker in an attempt to tie the game. This typically happens late in the third period with under two minutes to play in the game.

Forecheck: The way a team's forwards put pressure on the opposing team while in the offensive zone in an effort to keep the puck or take it away from the opposition.

Freezing the Puck: A goalie freezes the puck (when the opposition is threatening to score) by either holding the puck in the glove or trapping it on the ice.

Full Strength: When a team has five skaters on the ice plus their goaltender.

Hat Trick: A player who scores three goals in one game achieves a "hat trick."

Intermission: A break in between each of the three periods.

"LTAD": Stands for long-term athlete development. LTAD provides a holistic model of development for all athletes through a gradual progression of skills and training programs.

One-timer: Shooting the puck immediately upon receiving it without stopping it first.

Penalty Kill: When a team is shorthanded (only four players on the ice) due to a penalty and attempts to prevent the opposition from scoring.

Penalty Shot: A free shot, unopposed except for the goalie, most commonly award to players that have full possession with no opposing player between them and the goalie but are taken down by the opposition.  The team which commits the offense is not penalized beyond the penalty shot, whether it succeeds or not.

Power Play: Happens when a team has a one- or two-man advantage over the opposition due to penalties.

Save: When a goalie prevents a shot from going into the net.

Screen: Occurs when one or more players are between the shooter and the goalie, shielding the goalie’s view of the play and incoming shot.

Shot on Goal: An attempt by the attacking team to score a goal by shooting the puck toward the net. This results in either a save or a goal.

Shorthanded: Happens to your team when the opposing team has a one- or two-man advantage due to penalties.

Slap Shot: A slap shot occurs when the player swings the stick back and then quickly forward, slapping the puck ahead with a forehand shot.

Snap Shot: An abbreviated slap shot that occurs without the stick leaving the ice. The purpose of the snap shot is to combine the main advantages of the wrist shot (shot accuracy and quick delivery) and the slap shot (puck speed).

Stick-handling: A term for carrying the puck along the ice with the stick.

Turnover: Losing control of the puck to the opposing team.

Wrist Shot: Players roll their wrists quickly and powerfully to generate a shot. Typically, the most common and accurate type of shot.

Zamboni: The vehicle used to prepare the rink's ice surface before the game and during intermissions. The Zamboni scrapes a thin layer off the ice while also puting down a fresh layer of heated water that freezes to form a new layer of ice. 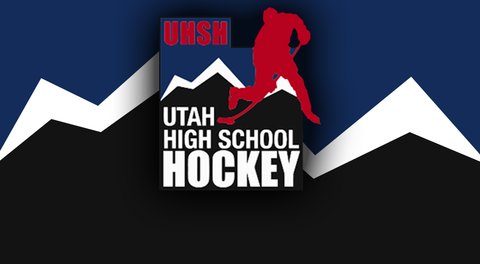 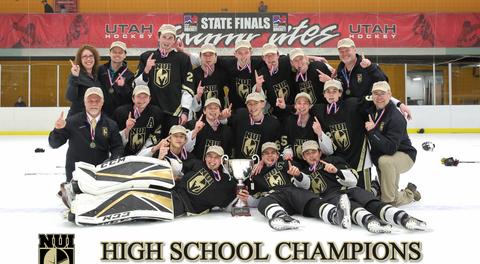 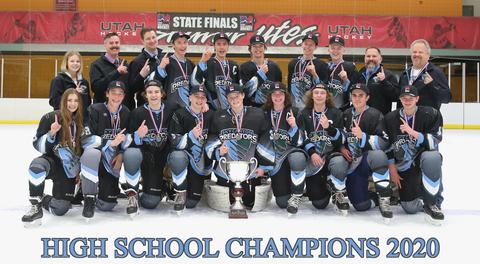